Our Success is Measured by Your Child’s Success 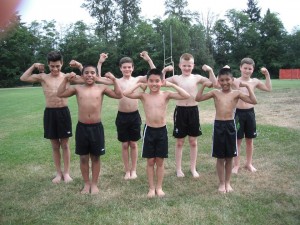 When an athlete has developed the proper skills and has the desire to perform against other athletes, he or she may be ready to begin in our competitive program. Every year we take athletes all the way to the National level of competition. We are confident that your child will receive the best coaching possible as a member of the Surrey Gymnastic Society. To register or to make an appointment for an evaluation, please call 604-594-2371.

Men’s gymnastics is a sport that exemplifies strength and dynamic ability. Many of the participants in men’s gymnastics experience the thrill of defying gravity, and performing skills that would seem impossible to the average individual. Gymnastics is immediately appealing to young boys as a great activity to channel energy and fearlessness. It is a sport that begins with the development of balance and strength and continues from this point to develop the complete range of physical demands that many other sports only partially develop. It is a balance of artistry with the raw force of strength, power, speed, agility and coordination.

Most male gymnasts begin at an early age, but many will continue in the sport into their late 20’s to try competing at the international level. Men’s gymnastics is a part of the Artistic Gymnastics World Championships and the Olympic Games. Men’s gymnastics consists of six events: floor exercise, horizontal (high) bar, parallel bars, pommel horse, rings, and vault. 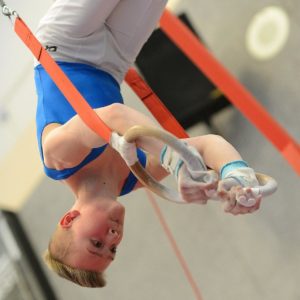 In 1994, Colin Close represented Northern Ireland and placed in the top 10 All Around at the Commonwealth Games in Victoria, BC. Colin was a SGS gymnast for many years from the mid-80’s to early 90’s.

Two-time National Champion (2003 and 2004), Peter Andersen was a member of the Age Group National Team for six years (2000 – 2005). Being a member of the youth national teams afforded him the opportunity to compete in both Sweden and Germany before turning 17 years old. He was also a member of the Senior National Team (2006 to 2008). During that time, he was selected to compete for Canada at the 2007 Pan American Games, in Brazil, where the Canadian Men’s Team placed 7th. He was the longest active competitor at the Surrey Gymnastic Society. Peter represented Surrey Gymnastics in competition for thirteen years (1996 – 2008).

Please use our Parent Portal to view or register for classes.

Parent/Child
Not available in the summer

BASES
Not available in the summer

Kid Sport – So ALL Kids Can Play!

Sport Surrey – Ahead of the Game